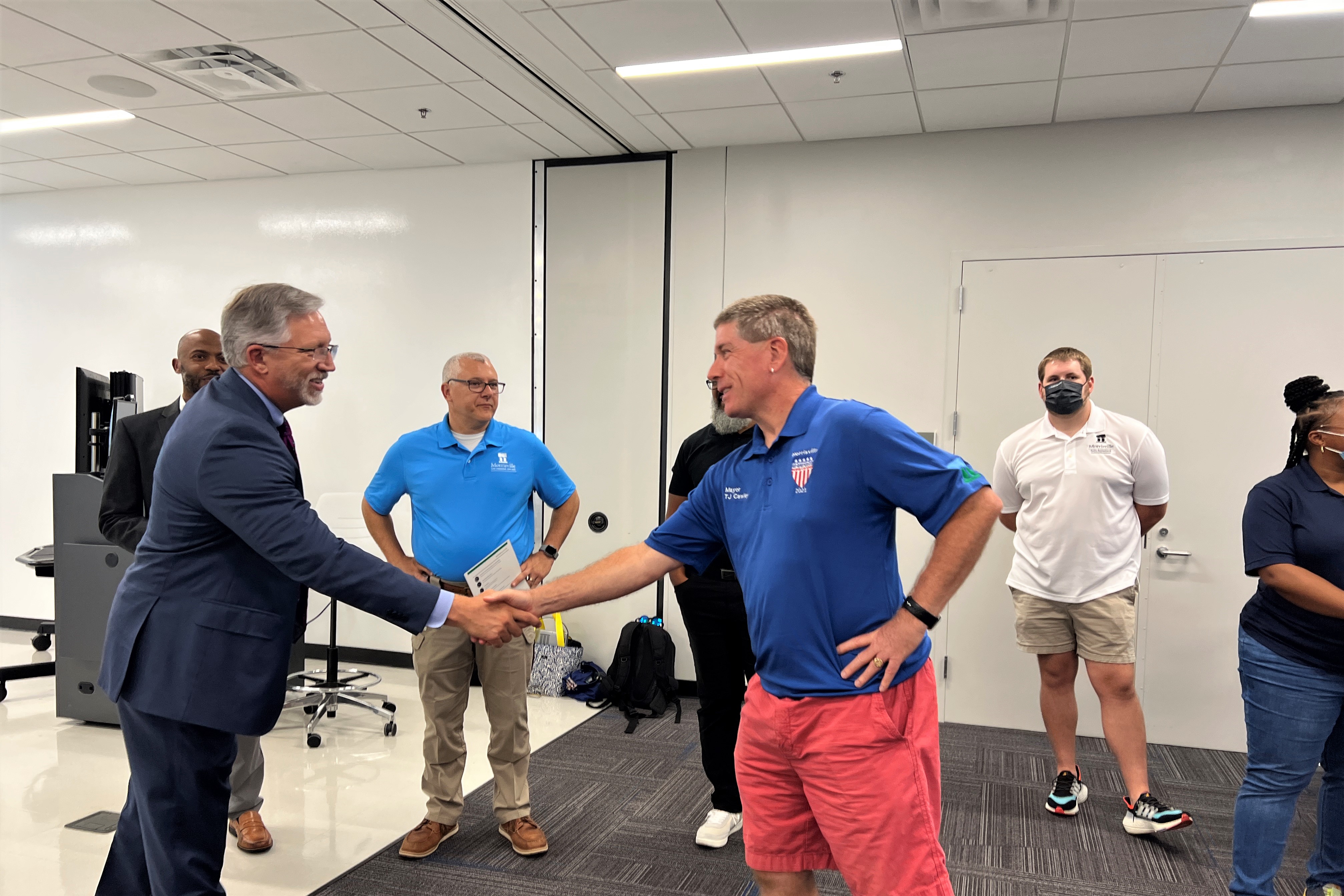 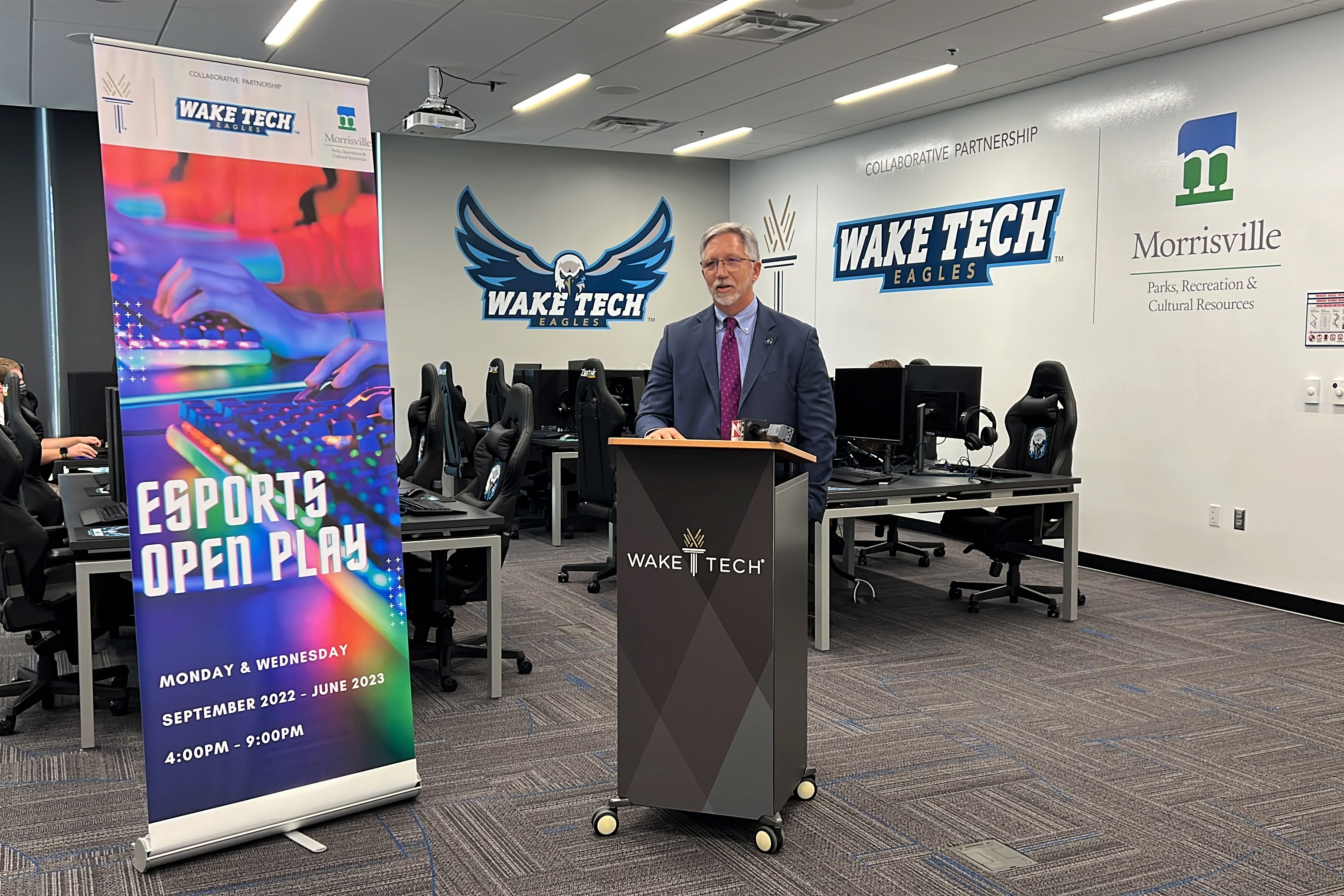 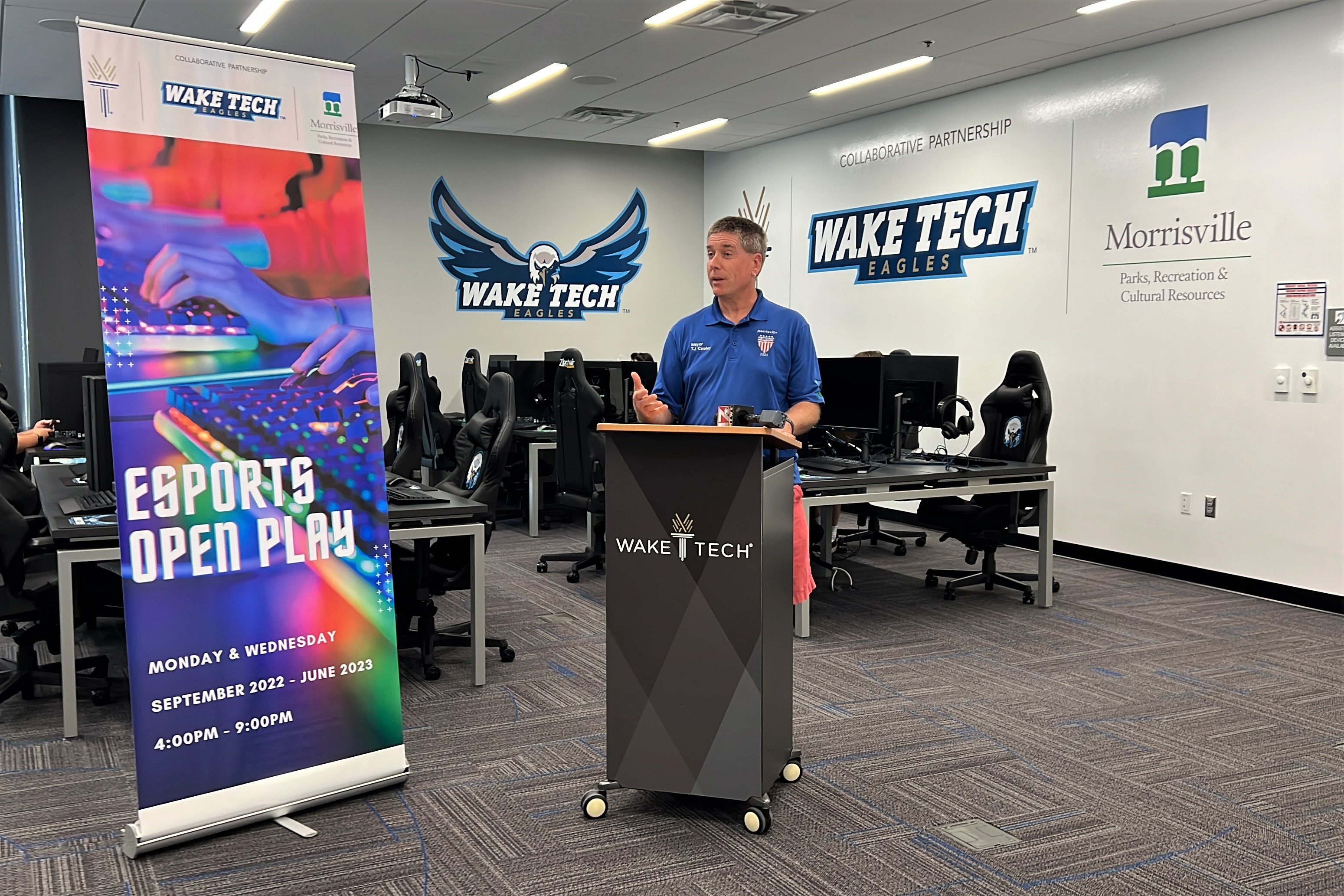 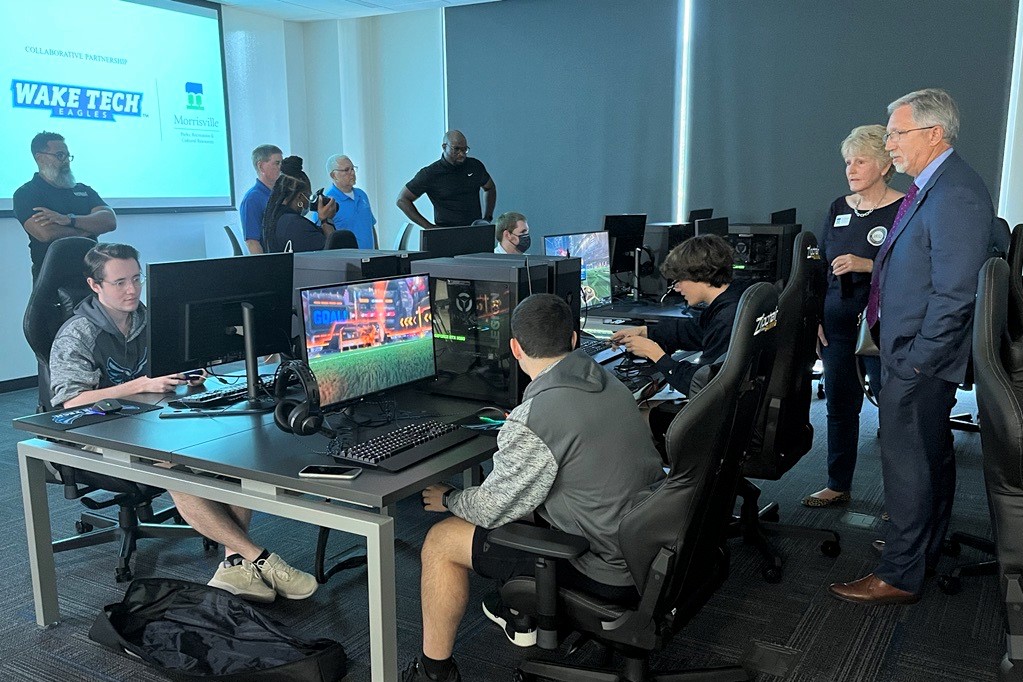 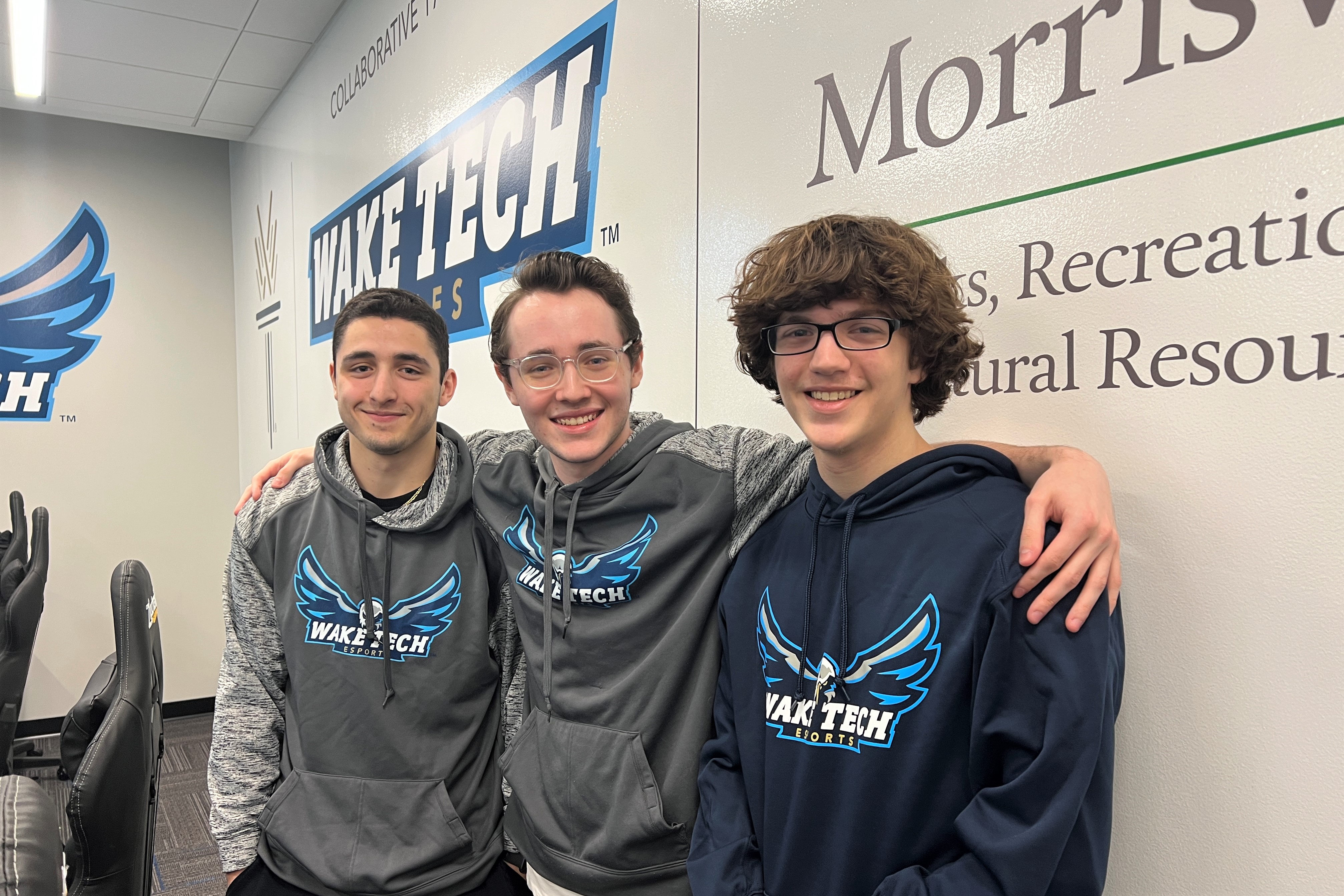 RALEIGH, NC (September 14, 2022) – Wake Tech is partnering with the City of Morrisville’s Department of Parks, Recreation and Cultural Resources to provide space on the RTP campus for the community to engage in the growing world of esports.

The esports program will allow participants to enjoy open-ended play in a collaborative environment, alone or with others, or participate in organized leagues and tournaments. The games will include:

The Morrisville program will take place Mondays and Wednesdays, 4-9 p.m., at the new esports arena at the Wake Tech RTP campus, 10908 Chapel Hill Road. Additional programs may be held at the Cedar Fork Community Center in Morrisville, 1050 Town Hall Drive. All on-site gaming will be supervised and most online gaming will be monitored. All online games will be secure.

“We are extremely excited to partner with the City of Morrisville to provide space at our RTP campus for the community to participate in esports,” said Wake Tech President Dr. Scott Ralls. “At Wake Tech, we value partnerships and the opportunity they provide to make a difference in our communities.”

“The world of competitive and organized video games is growing in popularity and we are thrilled to be able to bring this to the City of Morrisville,” said Morrisville Mayor TJ Cawley. “Wake Tech has been a valued partner and we look forward to a very successful esports program.”

Wake Tech launched esports in 2020 and is one of the few institutions in the state to include esports in its intercollegiate athletics program. The college is also one of the few in the nation where gaming is a recognized intercollegiate sport and where game development is a college degree. Wake Tech is affiliated with the National Junior College Athletic Association Esports and won its first NJCAAE Overwatch Championship in May 2021. The college also has an esports arena on its Southern Wake campus.